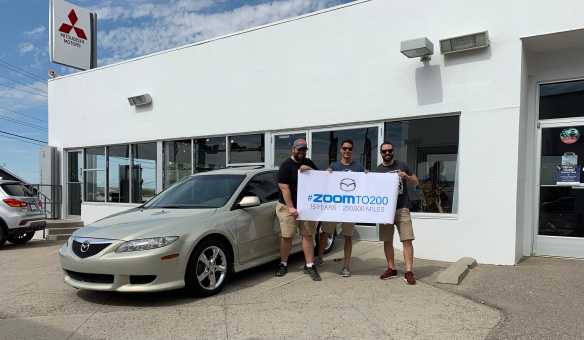 I realize cars achieve 200,000 miles everyday, and it doesn’t necessarily warrant a big fuss. But wait, this might catch your attention: Our Mazda 6 has achieved this milestone with the original motor, transmission, clutch and even the original brakes. Yes, those brake pads are the same ones that left the factory in 2004. There have been no unscheduled repairs and all the body panels are original…even the headlight lenses. Good proof here that anyone who doubts high mileage cars can do this with regular maintenance and care. Don’t be afraid. We are in a new era where planned obsolescence hasn’t fully reached cars yet. At least mainstream cars.

Let’s get on with the milestone. This event took careful planning. Trying to get to 200,000 miles on a specific day is harder than you’d think. Regardless, I was up for the challenge. I marketed this little event, #zoomto200.

I was able to have a few friends accompany me on this milestone, Tyson and James. With a little coordinating, we agreed to meet in Farmington, NM the weekend of August 3rd.

My route took an easy 6 hours. Tyson and James had a little more ground to cover coming from Phoenix, AZ.

Prior to my departure from Las Cruces, NM, I applied this product called, Track Armour which is essentially a temporary clear bra to protect the front end from bugs, stones and other debris. Since I had a good 400+ miles to cover and didn’t want to worry about washing, I thought this would be a good solution to ensure the 6 arrived somewhat clean. 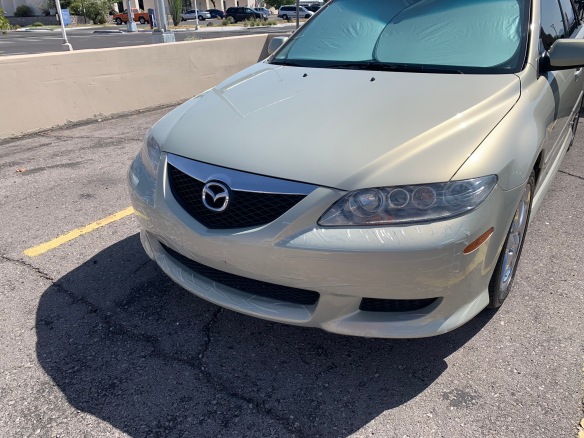 On the road again!

Knowing that I’d have a surplus of miles, I chose to go the long way via Highway 371. Stop of fuel, snacks, then proceeded onward.

Highway 371 is about as lonely as you can get in New Mexico.

I arrived later that evening in Farmington right at 199,900 miles. Oof! That isn’t going to cut it since the milestone was the next morning.

Doubt anyone with even a modicum of common sense would do this, but I turned around and headed in the opposite direction to burn miles. It was nearing 10 pm by this time. The blurry quality of this photo reflects my determination to get those miles close to what I needed.

Finally, I got to where I needed and came back to the hotel for the night where Tyson and James arrived shortly after.

I removed the Track Armour and was very pleased with the protection it provided even with a few rain showers.

The next morning after hitting the continental breakfast buffet, we headed straight to the dealership for the big event. The dealer stopped carrying Mazda and was renamed in 2010 to Hi Country Mitsubishi/Kia, but the building and lot remains the same as it was in 2004.

To keep the nostalgia going, I installed the temp tag from 2004. 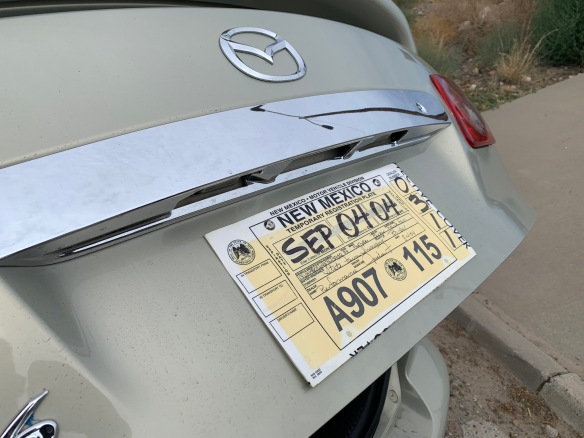 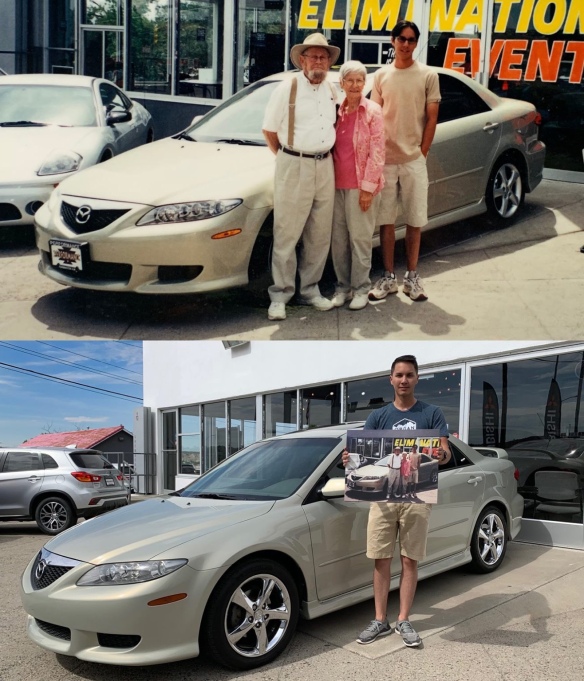 Very minor changes such as removal of the front plate bracket, OEM spoiler added as well as the chrome accessory wheels. Everything else remains the same on this car.

Here’s a vlog post of Tyson’s that sums up the experience.

Next, we headed back south on 371 to explore the “Bisti / De-Na-Zin” Wilderness, just 30 miles from Farmington. This rolling landscape of badlands features some desolate, very unusual scenery. Perfect for a little nature adventure. 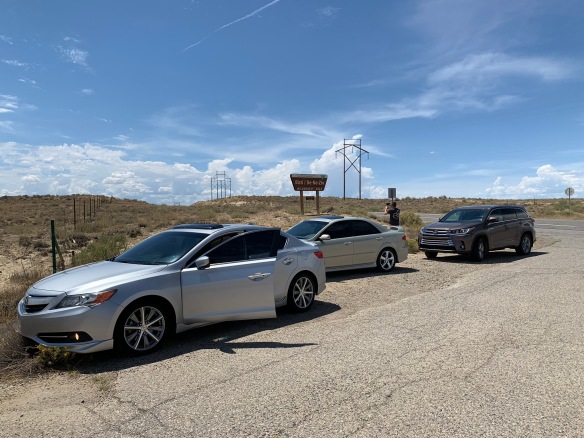 In interest in preserving my 6, I parked it at the entrance and hitched a ride with James in his press Toyota Highlander as we attacked the rutted dirt roads leading into the badlands. 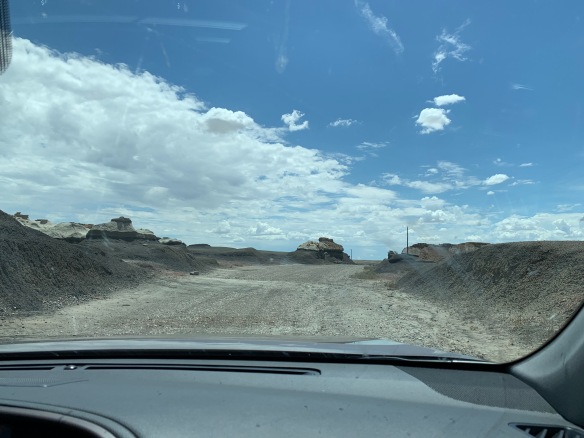 Tyson’s ILX in its other natural habitat.

Better plan to bring snacks and water, because there aren’t any facilities out here. 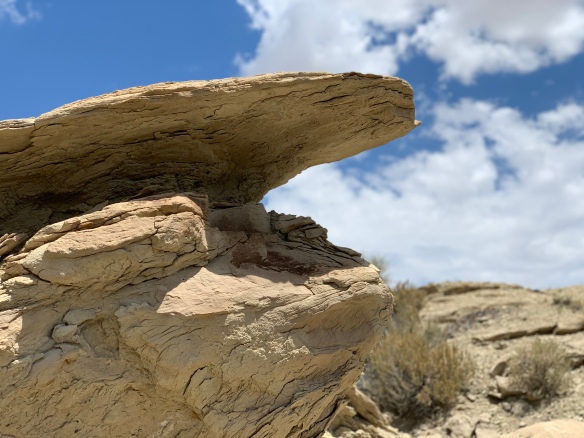 Group shot of James, me and Tyson.

Another successful road trip in the books. My garage floor update is coming up next! 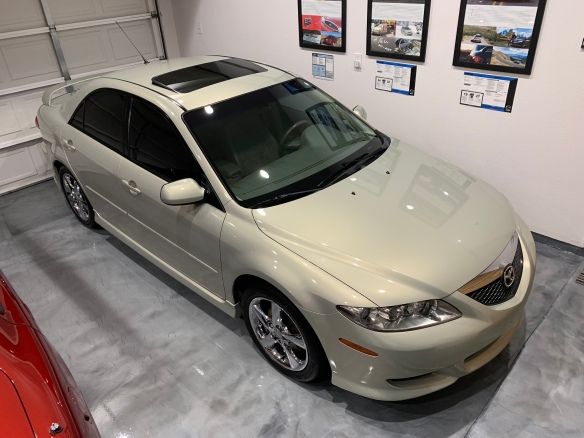